Bring IT.A.CÀ in your territory

“As you set out for Ithaca hope your road is a long one,
full of adventure, full of discovery.”
Kostantin Kavafis

IT.A.CÀ: Festival of Responsible Tourism is a unique event of this kind in Italy and Europe.

It represents a good practice in which tourists and the local community give life to socially innovative practices that contribute to develop the territory in a sustainable way. Focusing on the issue of responsibility in tourism, the festival has evolved in 10 years of programming, organizing more than 400 initiatives and events, intended as opportunities to encourage participants to reflect on their approach to tourism. The Festival aims to creating a network of different organizations involved in responsible travel, and to engage participants in a multisensory experience. The agenda includes: guided tours aimed at enhancing the cultural and historical heritage of the area, debates and meetings with experts in the field, seminars, lunches at “kilometer zero”, experiential dinners, writing contests, illustration and photography, exhibitions, concerts, film screenings and theater.

Starting in 2008 from Bologna, it is grown involving, in 2017, 10 territories in 4 regions (Bologna, Ferrara, Ravenna, Rimini, Reggio Emilia, Parma, Padova, Trentino, Rovigo and Monferrato). In 2018, it will involve more than 15 territories spread all over Italy from the North to the South to talk and work on the Universal Accessibilty of tourism.

The Festival is sponsored and organized by the non-governmental organizations (NGOs): YODA, COSPE Onlus, and NEXUS Emilia Romagna, with the support of AITR (Italian Association for Responsible Tourism), the Municipality of Bologna, the University of Bologna and Emilia-Romagna Region. It involves more than 400 organizations working in the territory in fields of responsible tourism, international cooperation and social promotion with the same objective : sustainable local development. The aim is not to ‘export’ the festival, but to engage and support the people who decide to adopt the format because they share IT.A.CÀ philosophy and it approach to education, based on passion, enthusiasm, ethical values and the pleasure to share the local authenticity.

It acts as a binding agent in creating a territorial network composed by public institutions, associations, NGO, no profit as well as profit entities, such as tour operator and receptive structures: all different organizations that have in common sustainability and responsibility as main issue.

The festival has created a system of synergies among different territorial actors that continues also after the ending of the event. It has developed the social capital in the region starting from the bottom and getting more and more attention at national, but also international level.

2018 is the year of the international acknowledge as IT.A.CÀ received the third prize at the 14th edition of  the UNWTO awards in innovation for sustainable tourism. A step forward to support the development of responsible tourism starting from the local level, educating and developing territories to reflect on tourism practices. 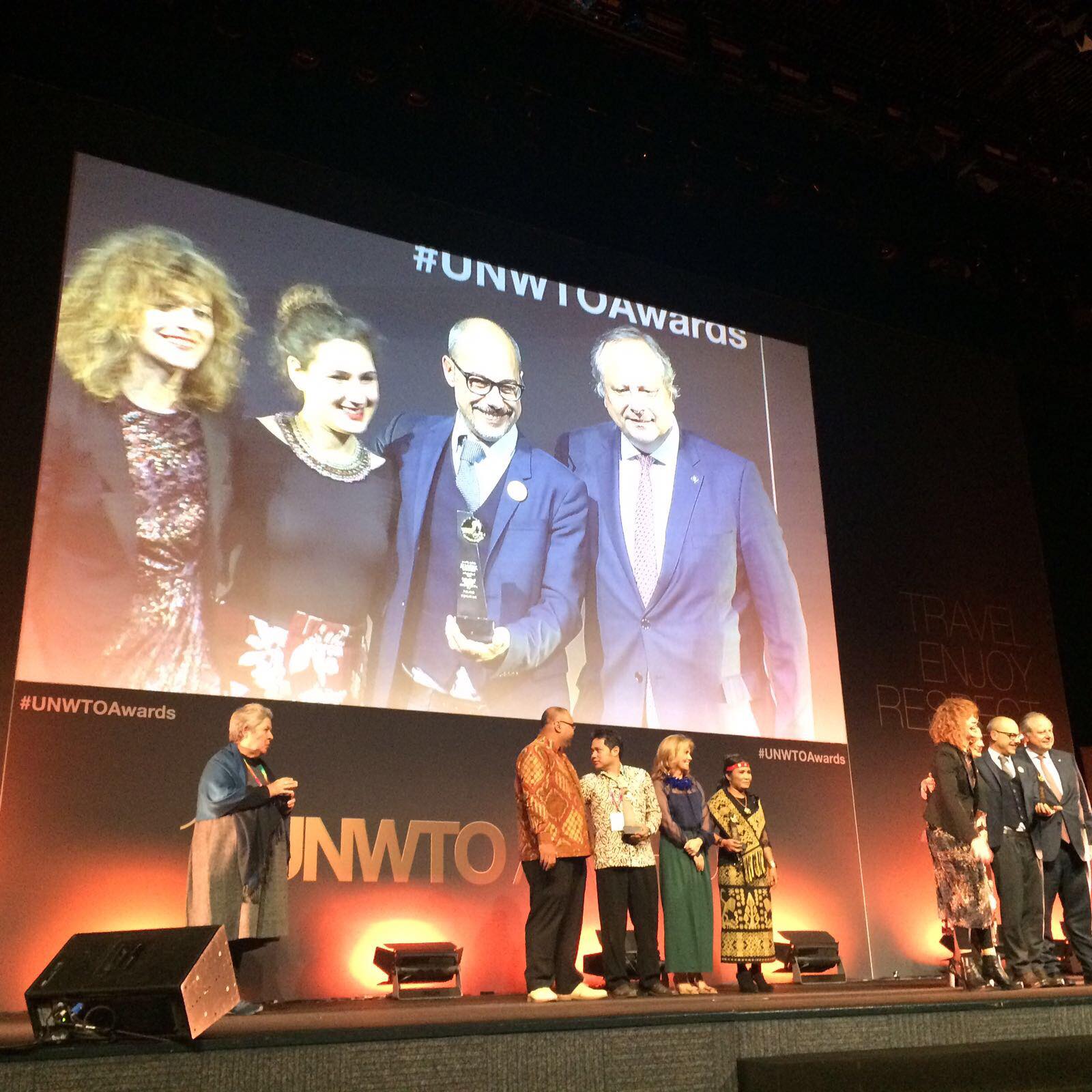 The philosophy of IT.A.CÀ moves from the consciousness that the democratization of tourism, started in Europe in the Sixties, presented some inevitable negative consequences. Among others, the high level of exploitation of natural resources brought to environmental problems, the exclusion of the local community into tourist development processes led to social and cultural issues, and the whole system lacked of good mechanisms of income redistribution.

The festival encourages a new understanding of the holiday following the main critical reflection on mass tourism that led the UNWTO to promote, in 1988, “sustainable tourism” as a form of travel that meets the needs of tourists and of host regions, while preserving development opportunities for the future. Aware of the social and environmental limitations of development, since the ‘80s several international institutions started adding to the traditional 4-S of tourism (sun, sea, sex, sight), the S of sustainability and that of “save the world”. These new patterns pushed many NGOs, cooperatives, associations of craftsmen and farmers closer to the circuits of international fair trade to support the diffusion of responsible tourism to promote local sustainable development and the fight against global inequalities. Several important documents have contributed to the ratification and encouragement of a different paradigm of tourism: the Charter of Sustainable Tourism in Lanzarote promoted in 1995 by UNWTO, UNEP and UNESCO; the Agenda 21 for tourism; the Declaration of Montreal in 1996, which proposes “social tourism” as a possible model for a new form of development and a vehicle of social cohesion; the Global Code of Ethics of tourism, promoted by the UNWTO in 1999; the program ST-EP (Sustainable Tourism for Eliminating Poverty), focused on poverty alleviation through tourism was launched in 2002; the same year the concept of responsible tourism was conceptualized by the Cape Town Declaration, and it has been improved by the Kerala Declaration in 2008, and the Belize Declaration in 2009. All the above-mentioned instruments represent the main institutional steps that globally have contributed to formalize the paradigm of responsible tourism, defined as tourism implemented according to the principles of social and economic justice and in full respect of the environment and cultures.

Responsible tourism operates by encouraging positive interactions among the tourism industry, local communities and travelers. Following this paradigm, the festival aims to empowering the citizen-traveler, helping him/her to understand that his power is small but important and incisive if combined with that of others.

In other words, this new vision focuses on making the tourist aware that a move towards sustainable tourism does not mean condemning the development of an area.

It rather means to make people understand that the economic dynamics of the sector, tourist satisfaction and protection of the natural, social and cultural development are therefore inseparable.